The Remnant of My Volition Series, 2013

The Remnant of My Volition is yet another act of wasted effort as a resistance to Chinese government’s compelled submission for its policy. When Morgan Wong was based in Beijing in 2010, Demolishing Rumor (shown at ZKM Media Museum, Karlsruhe, 2013; Pearl Lam Galleries, Shanghai, 2012; Turbine Hall, Tate Modern, London, 2010) is a work which delegated the mission to cease the rumor of demolition of Caochangdi Art District that commenced by Ai Weiwei. Today, the forceful yet invasive system is not only affecting the country’s political and economical centre, but to Hong Kong where the ‘way of life shall remain unchanged for 50 years’* under the ‘One China, Two Systems’ amid the process of ‘Chinese Reunification’. This can be seen as a silent protest by Wong, who was born and raised in Hong Kong, for the recent introduction of ‘National Education’ to Hong Kong’s education system. The new scheme have been critiqued as patriotic brainwashing and reinforcement of Chinese identity, as in citizen in China under the ruling of the Communist Party, upon young generation as little as age of six. The sticker is originally used by parents and teachers in mainland China, but never seen as conventional in Hong Kong, to encourage their beloved kid to maintain good conduct. The mentioned good conduct include being patriotic which is hinted by the choice of red flag – undoubtedly associating with the flag of China – as a grading system. Instead of using the sticker as intended, Wong is more interested to the cause and effect of peeling off the stickers. Since this act in boosting up of patriotism indeed disclosed the blank, white flags, which signifying surrender, on the white background. By taking the initiative to enact this patriotism, Wong reveal his sarcastic surrendering to the system. 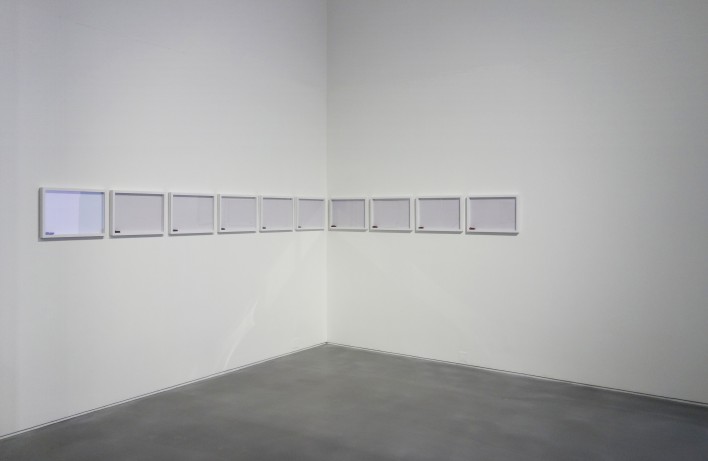 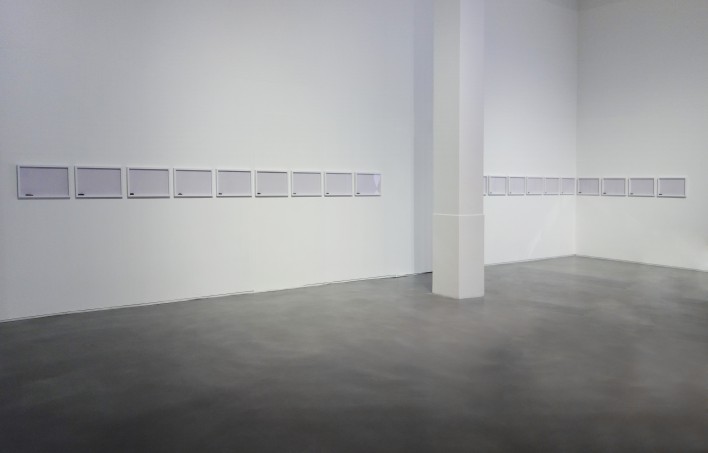 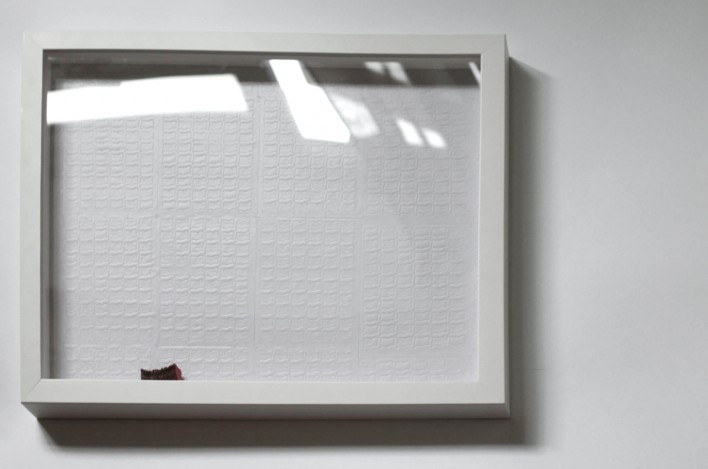 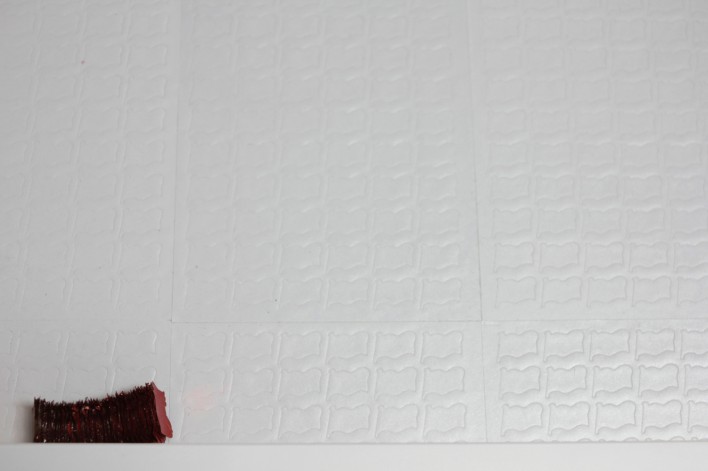 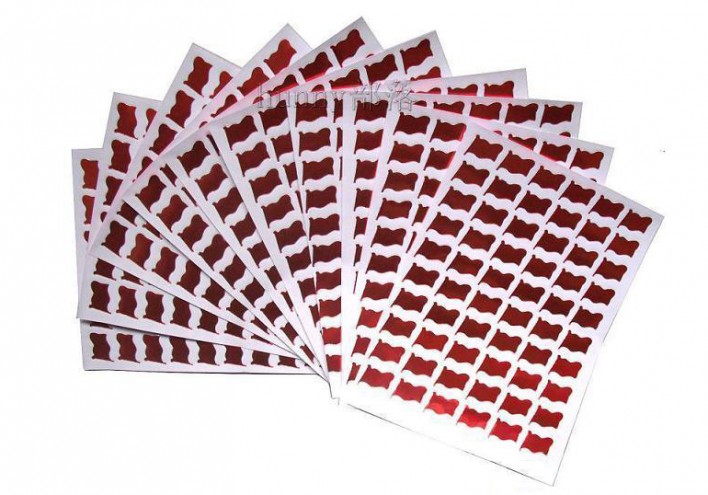