“A number of countries have been reorganizing their respective time zone according to their economical and political needs. China has unified its five time zones to a single time zone for the whole nation; while Samoa skipped a day in return to facilitate trading with neighboring countries. In Korean Peninsula, the meaning of its time zone bears a strong political notion of colonization. North Korea has distanced itself with Korea’s colonial past by establishing it’s own Pyongyang Time in 2015 while lawmaker Myung Chul Cho in South Korea has also attempted to file bill in 2013 to retrieve the pre-colonial Korea Standard Time.”

For his solo-show at KIGOJA, Wong presents a fictional staging of the ‘KIGOJA Standard Time’, which is set to forty-five minutes ahead of the current Korean Standard Time (UTC + 9). An exhibition booking system for visitors will take place throughout the duration of the show, for which audience members will be asked to book a particular time to visit and experience the new non-existing time zone, (UTC +9.75). The exhibition also features new installation, video, and intervention that reflect on our relationships to time and place. 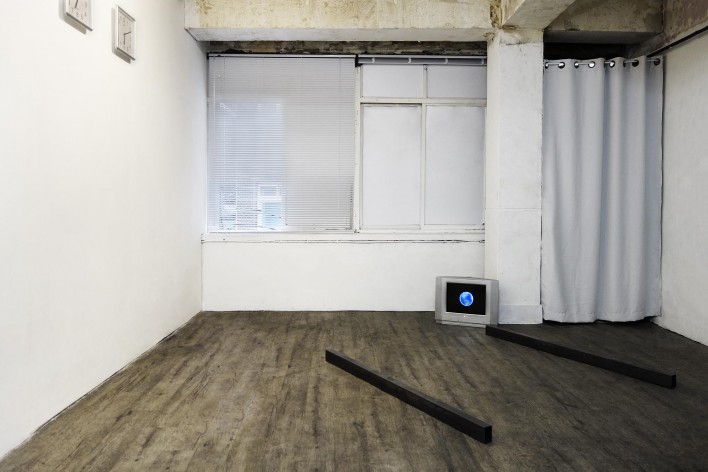 Ever since the invention of railways, the concept of synchronized time zones became vital for journey  between countries. The international standardization of railway systems also established a particular measurement, namely standard gauge, between the spacing of the rails on the railway track. In Standard Gauge (1435 millimeters) (2016), the artist explores modern history of Korea in the context of Korean railway systems. The gap between the two metal bars conveys the standard track gauge measurement used in both North and South Korea. The work formalizes the artist’s reoccurring exploration of physical and immaterial conditions created by the border.

Untitled (Opened Window with Blind) reflects the artist’s ongoing interest in the notion of immaterial border. The opened window in the installation represents the notion of boundaries between real and fictional timezones as well as private and collective space outside the window. Such invisible and immaterial ways of experiencing division appear frequently in Wong’s work, conveying his metaphorical and poetic use of pre-existing socio-political contexts of systems and regulations as expressive means of navigating intangible borders and unity. 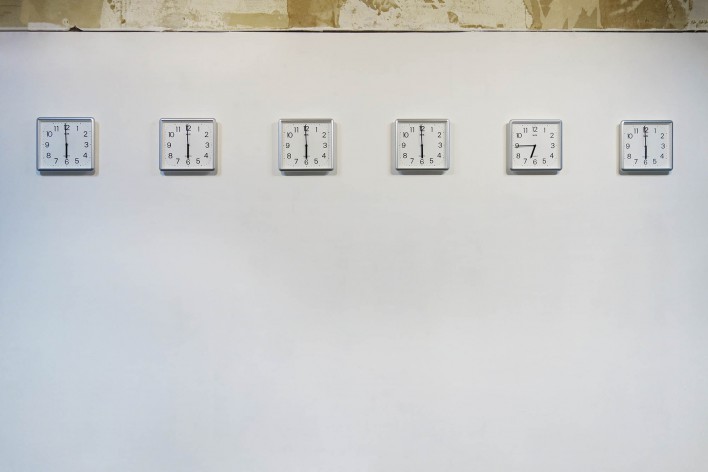 Another World Clock (2016) is an installation akin to world time clocks displayed in hotel lobbies, banks and multinational corporations. Instead of showing current local time in different cities and countries worldwide, the clocks indicate the local standard time in South Korea (UTC +9) with the exception of one clock that shows the new “KIGOJA Standard Time” at UTC +9.75 which is 45 minutes ahead. As described by the artist, “Another World Clock” stages the notion of time difference and questions wider socio-political implications behind the standardization of international time zones across the world. 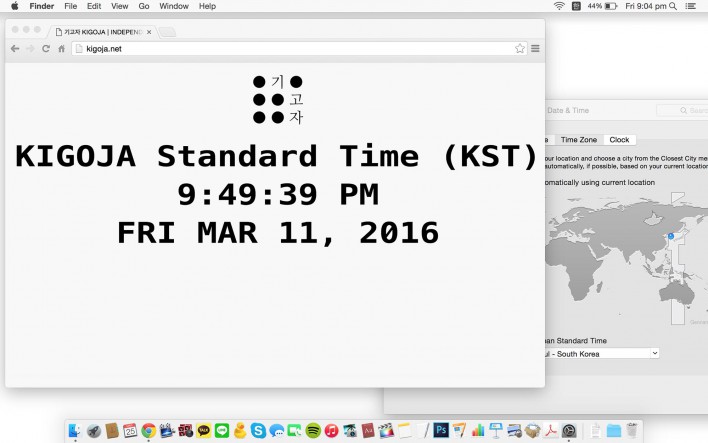 For KIGOJA Standard Time, the artist hacked the gallery’s website by replacing the front page with a live streaming of KIGOJA’s local current time at UTC +9.75. Such online intervention reflects the artist’s intention to create uncertainty and doubt in our belief systems while challenging the legitimacy of the establishment of a new time zone no matter if it is fictional or not, like KIGOJA Standard Time or Pyongyang time. Over the course of the exhibition, Wong also presents an online appointment system for booking a specific time-slot to see the exhibition. By following this instruction, viewers are led to experience the temporal gap and challenges of adjusting to different time zones. 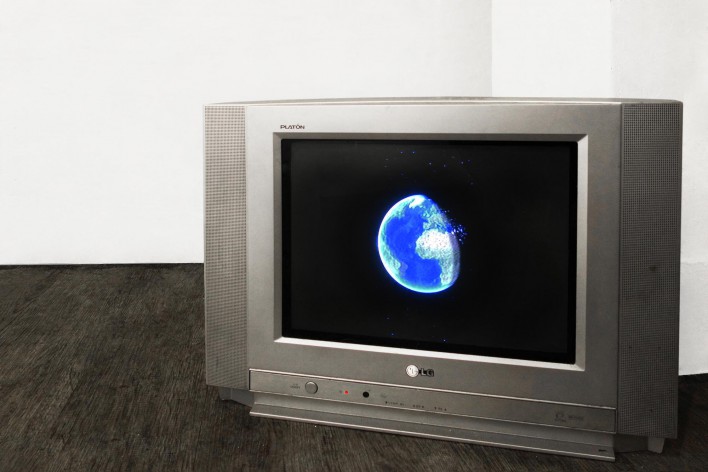 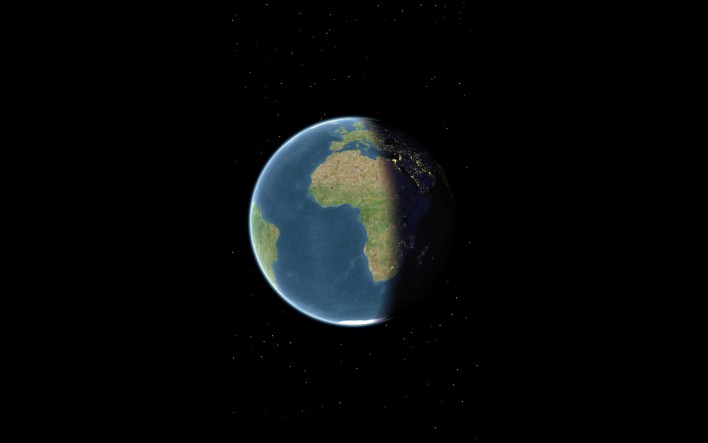 The Night I Couldn’t Fall Asleep (2016) is a video piece presenting an animated globe in its non-stop spinning motion. The repetitive movement does not seem to be uniform, instead seemingly being taken control by an invisible hand. This is an absurd attempt to regain control over temporality in relation to the solar time. Wong explains this monotonous and tiresome experience reflects the notion of biological clock time and scientific clock time from a humanistic level.