On entering this exhibition (The State of Emergency I was first conceived in Württembergischer Kunstverein in Germany, 2008) one immediately feels the immense contradiction between the cleanness of the presentation of almost 200 photographs, spread over two floors, and the chaos in Korean social and political issues Noh record. The bottom storey is staged to examine South Korea as an imaginary island and its borders; while on the upper floor, Noh focuses on what he described as South Korea’s own political dark side in last decade, including the impeachment of former president Park Geun-hye.

The exhibition design differentiates The 4th Wall: The State of Emergency II from Noh’s earlier exhibitions, including his award winning 2014 Korea Artist Prize exhibition at MMCA. While the majority of works are mounted on the wall, some are attached to poles and choreographed within the exhibition space. These floating imageries remind us of banners held by protestors, and shields used by police or army units, both of which are subjects that appear in overwhelming quantity as subject matter in these works. However, direct confrontation is not always what Noh captures. In Search of Lost Thermos Bottles (2010) shows details of the aftermath – destroyed vehicles, abandoned homes, even a pile of samgyupsal (pork belly, which was presumably being prepared for a meal) covered with ashes – of North Korea’s bombardment of Yeonpyeong Island in 2010. It was South Korean politician Ahn Sang-Soo’s mistaken identification of two burnt thermos bottles as North Korean artillery shells that led Noh on this sarcastically framed journey of foraging.

This wit of Noh’s titling continues in the Drought (2015) series on the upper floor. The works not only depict the violence of water cannons firing at demonstrators demanding justice following the 2014 Sewol Ferry Disaster, but also picture the jets of water as if Noh is conducting a study of their formal aesthetics. The Sewol ferry tragedy and its backlash was clearly one of the issues that contributed to the eventual ousting of Park Geun-hye from her presidency. A Chignon Mountain Raised by Lies (2017) captures moments between the end of 2016 and early 2017 in Gwanghwamun Square, at heart of Seoul, where protestors against Park gathered. It was a tough winter through which candlelight not only brought warmth but symbolised will. Here, the faces of protestors are blurred by long exposure. Technique of photography becomes a means for Noh to covey his concept and these images alludes to his critical stance on the politics of photography (echoing sentiments expressed in an earlier series, Criminal Face Collector, 2011 ­– also present in the exhibition). Furthermore, one can hardly ignore the humanistic touch that heightens to the second part of the show in the form of a dramatic lighting shift from fluorescent daylight on the lower floor to warm spotlights here. Not only that, but the long shadows cast by the metal pipes are an awkward reminder of imprisonment: no matter it is Korean labour leader Han Sang-gyun for his convicted role as protests organizer, the six ex-government officials jailed for blacklisting artists or Park over her corruption allegations.

Noh uses his lens to guide us through different ways of seeing: from a grand narrative to microscopic discovery; from objective documentation to compassionate expression. Although his works directly relate to specific events in South Korea, there is a universality and timelessness that resonates with an international audience, allowing us to reflect on the socio-political issues faced by other nations.

Umbrella movement can be seen as one of the most symbolic gestures in Hong Kong over past two decades, but it is not an isolated event from the past nor it will be to the future. And Noh’s multifaceted captures of his home country unfolds my flashbacks towards the entangled situations in mine.  Morgan Wong

The original Canton Express was part of curator Hou Hanrou’s Zone of Urgency at the 2003 Venice Biennale. Shedding light on the work of 14 artists and artist groups active in Pearl River Delta, among them are the Big Tail Elephant (Chen Shaoxiong, Liang Juhui, Lin Yilin, Xu Tan), Jiang Zhi, U Théque (Cao Fei and Ou Ning), and Vitamin Creative Space, the presentation broke the conventional notion of Chinese contemporary art of that time to the world. Apart from showing such legacy in Chinese contemporary art history, the subtext of M+ version is a reminder of the important role of museums in conserving contemporary art. At the M+ Pavilion, the majority of the works on display are reiterations of the originals (as a consequence of loss and damage).  However, none of these art pieces would have survived, in the face of financial constraints in 2003, if not Chinese collector Guan Yi stepped in to acquire and ship the exhibition back to China at the end of the Biennale. And the donation of Canton Express to M+ in 2013 was not the the end of its journey, but the beginning of the extensive conservation process.

Today the show neatly occupies the entire M+ pavilion, but even then, the rectangular layout from 2003 has had to be restaged in U-shape as a consequence of the reduced space. Artist Zheng Guogu, who assisted in the original design was involved in this decision and it is a transformation that sharply echoes the quality of adaptability that came alongside the rapid development of Guangdong two decades ago. Zheng’s own work in the show, Sample Room (2003/2017), is a complete reiteration with help from photographic documentation and email correspondence relating to the work. Based on a manufacturing showroom in Yangjiang, where the artist lives and works, Sample Room incorporates his conversation with Hou on the wall of a kitchenware showroom, where the similarities of the export of goods and arts through telecommunication between manufacturer (factory or artist) and the distributor (exporter or curator) can be found. Lin Yilin’s Hotbed (2003/2017) in the M+ Pavilion is instead not an exact replica of the Venice presentation. The video installation, which follows the artist’s original proposal, is completed by a bunk bed layered with grey bricks, alluding to those that appear in his performance, as well as six monitors showing documented performances. They individually discuss Lin’s socio-political perspectives while collectively deliver his complex sentiments towards the growth of southern China. The surviving 40 fiberglass sculptures of Artistic Chicken (2003/2017) out of original 100 pieces by Duan Jianyu are now clustered near the entrance of the exhibition rather being spread around the show (like free range chickens) as intended. This positioning not only reflects the decision to value the authenticity of the original artist-painted artefacts, but the loss also embed the previous journey of Canton Express into it. Each exhibit in the show has their own account for the precise and meticulous way in conservation. While M+ team is trying to recreate an authentic experience of Canton Express at the pavilion, the picture would only be completed next time when the main museum is ready (with the presence of Sha Yeya’s Yangjiang – Venice, Liang Juhui’s City in full bloom, if not more adjustments).

M+’s Canton Express is like an allegory in a summer read: the apparent story of alternative practice in southern China at the turn of 21st century is obvious and epic; but because of that it’s easy to overlook the underlying message – that concerning the necessity of collecting and conserving contemporary art. M+ Sigg Senior Curator Pi Li stated, ‘people often believe that contemporary art is too recent to require careful maintenance’; M+’s restaging of Canton Express demonstrates why such beliefs are misguided.  Morgan Wong

Exhibition Opening at Centre A

“Mean Time” at Centre A 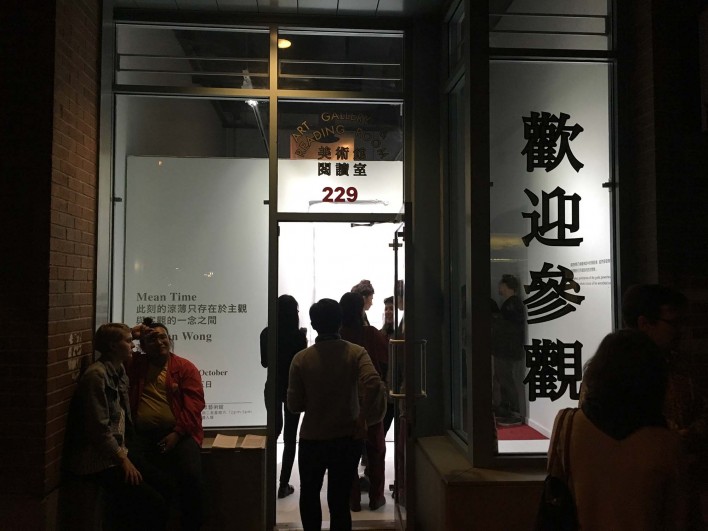 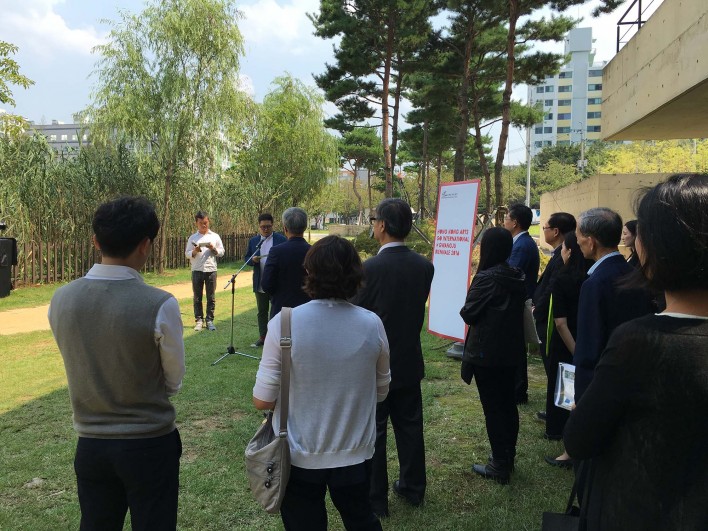 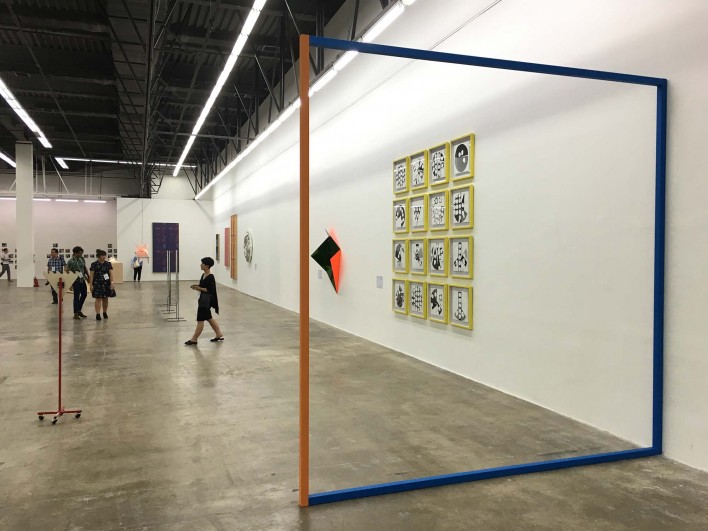 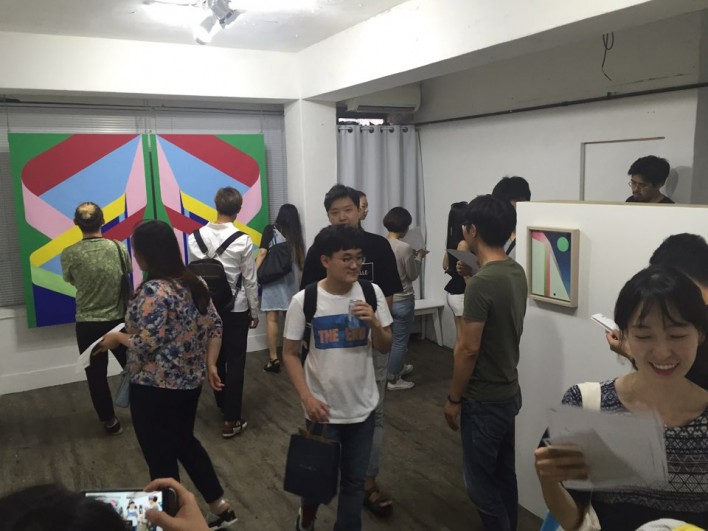 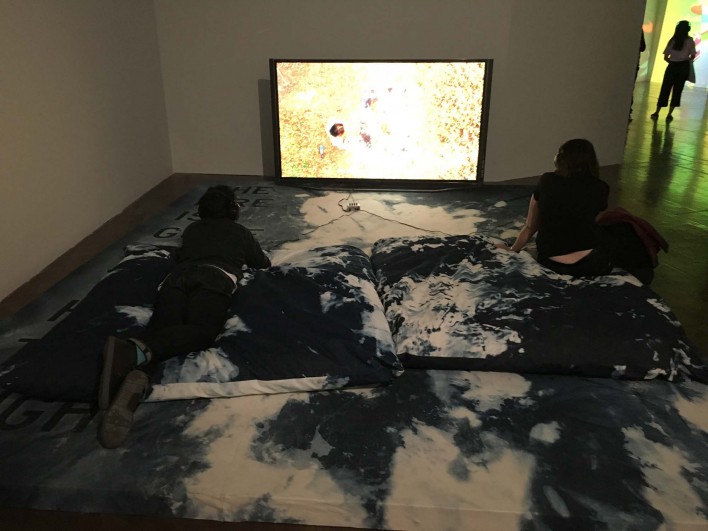 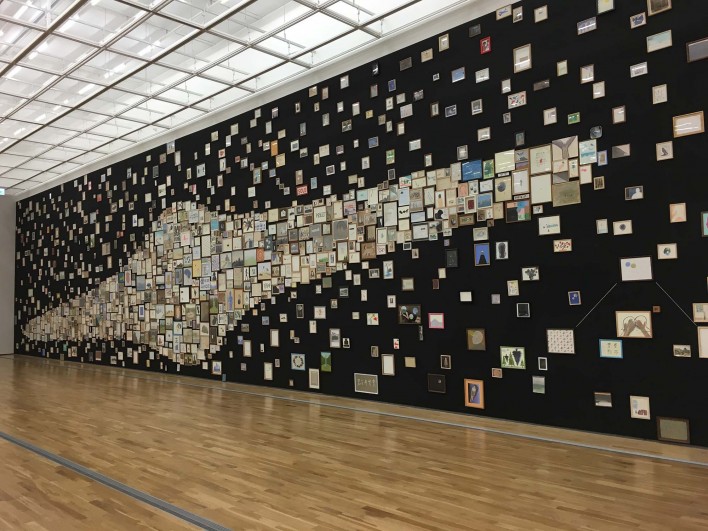 The content of this website does not reflect the views of the Government of the Hong Kong Special Administrative Region.