“Caochangdi Art District is going to be demolished” is a rumor circulating in art communities in Beijing since 2009. Caochangdi Art District, located in northeast of Beijing’s suburb, first started when renowned Chinese artist, Ai Weiwei, first built his studio on a formerly farmer’s field in the area in 1999. Soon, other architectural complexes for galleries or artists were erected. It is not surprising that rumors of destruction of Caochangdi Art District circulate as another prominent art district, 798 Art District, for a decade had also been rumored to be destroyed. These are just two examples of the side effects of the rapid growth of Chinese economy and its imbalance over cultural development or conservation. However, this sacrifice of cultural progress with common interests behind can be observed all over the world. “To eradicate a rumor, then fulfill the belief in the rumor.” This might be a pessimistic way of destroying a rumor, as its subject matter is going to be altered as well. By demolishing an architectural model of a gallery building in Caochangdi Art District, Wong wants to destroy the rumor through this symbolic and absurd gesture. The performance is both sarcastic of as the destiny for the art district remains unknown as well as pointless and a desperate wish in the situation. 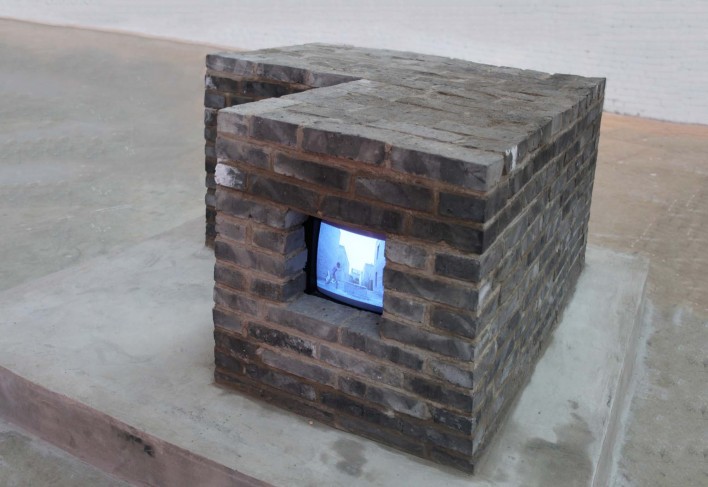 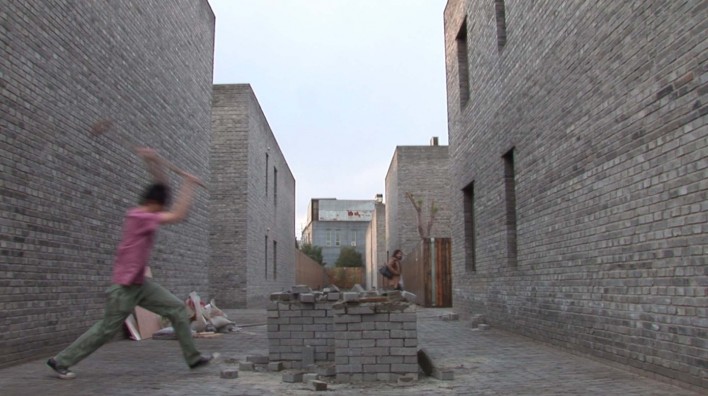 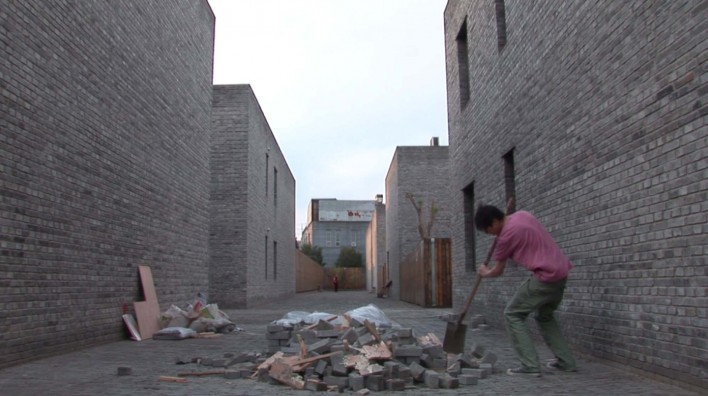