Due to historical reasons, Chinese characters have been rooted in Japanese language for over a thousand years. Although both language systems have evolved in their own ways, they are still very similar in terms of font, pronunciation and meaning. Chinese characters therefore form into a platform that allows communication between people of the two nations, based on which ideas are delivered, interpreted, or sometimes, misinterpreted. I was inspired to use Chinese characters to communicate when I was artist resident in Sapporo in 2010, where I developed a way to talk to people in Japan by writing Chinese with a pen and a piece of paper. On my first night in Sapporo, I met an old chef in a traditional eel restaurant. Since then, we had been having a lot of conversations on all sorts of topics from culture and politics to everyday life and our own interests. Even though I don’t understand Japanese at all, and he can speak neither Chinese nor English, by writing we knew more about one another day by day. Chinese language is indeed very important in bringing local Japanese and foreigners like me closer together. The notes taken during the conversation with the old chef are embroidered and being exhibited on a hundred of serviettes (which it is a symbol of respect to the customer in Japanese catering manner) and a story of him is written based on our conversation as well. Audience in the exhibition are going to perceive the exhibition totally in a Chinese medium, whilst to create an alienation which artist is experiencing in Japan in an inverted way. The two seemingly acquainted individuals are actually developing a fragile, but precious friendship under the uncertainties in communication. 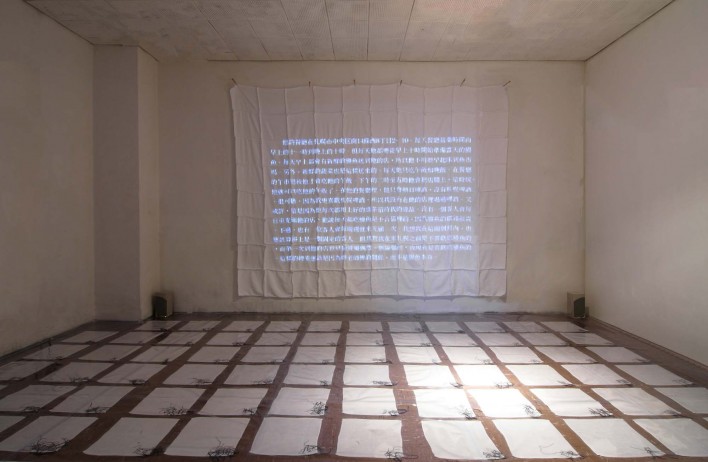 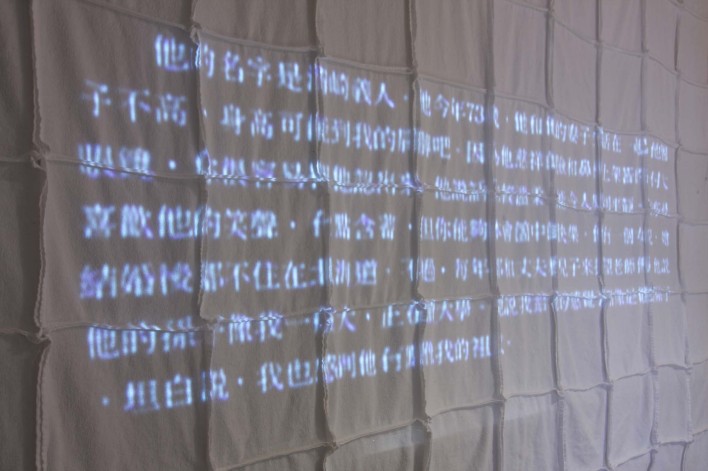 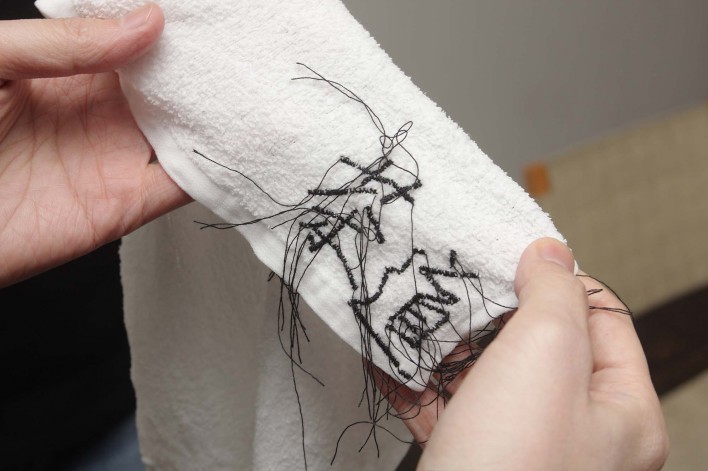